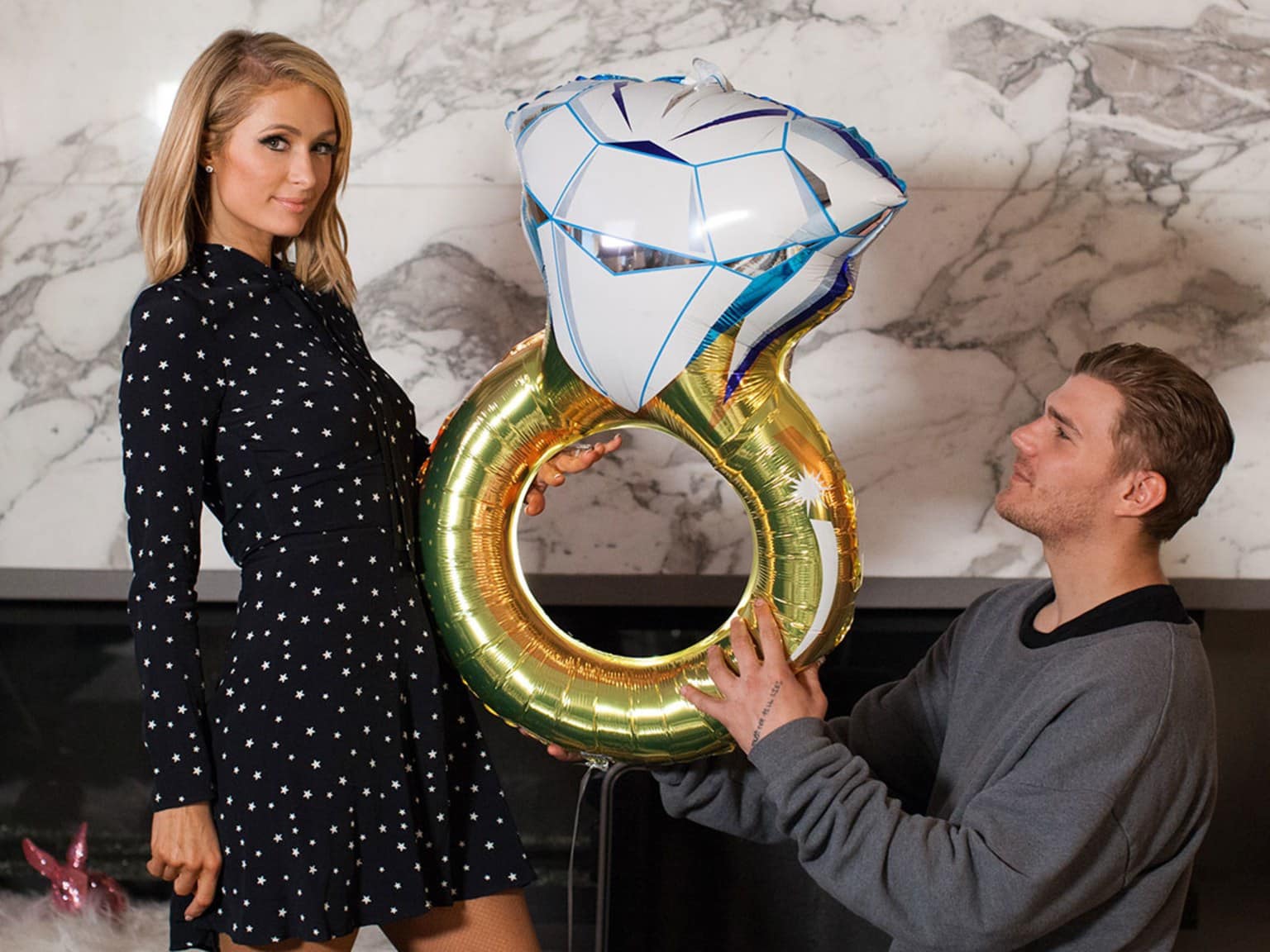 American actress and former child model. Tyler stunning on her perfect emerald-cut sparkler diamond engagement ring. Tyler engaged to David Gardner who has been together since 2014.

English model and actress. Wearing on her elegant gown design spaghetti straps which criss-crossed at the back and a floaty chiffon section at the base of the skirt, a great combination on her classic large center stone diamond engagement ring. Rosie Alice Huntington – Whitely is engaged on her boyfriend of five years Jason Statham.

Duchess of Cambridge. Wearing the most famous engagement ring in the world, the jewellery consists of 14 solitaire diamonds surrounding a 12-carat oval blue Ceylon sapphire set in 18-karat white gold.

American businesswoman, socialite, television personality, model, actress, singer, DJ, and author. Show off on her massive 24-carat white gold ring with a centerpiece rectangular diamond, flanked by two triangle cut baguettes engagement ring, one of the most expensive rings ever until they broke up and it’s been said that her ex-fiance wants the ring back.